Skip to main content
Back to Blog
March 12, 2018 Hyperbaric 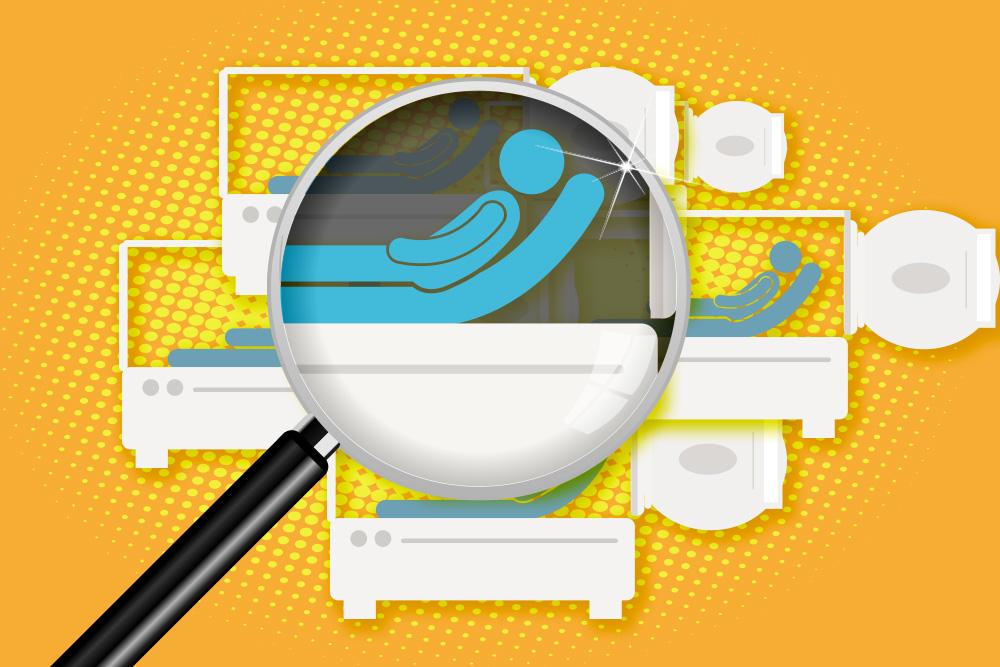 In February 2018, the Office of Inspector General (OIG) released a report with this catchy title: Wisconsin Physicians Service (WPS) Paid Providers for Hyperbaric Oxygen Therapy Services That Did Not Comply With Medicare Requirements.

In short, the OIG reported that 85 percent of claims made by WPS did not comply with Medicare requirements, resulting in overpayments amounting to a staggering $42 million. In the words of our CFO, Rylan Smith, “This is a very big deal!”

Part of the Department of Health and Human Services, the OIG is the largest inspector general's office in the U.S. federal government, with more than 1,700 employees dedicated to combating fraud, waste, and abuse, and to improving the efficiency of HHS programs. A majority of the OIG's resources goes toward the oversight of Medicare and Medicaid.

This particular OIG report focused on Hyperbaric Oxygen Therapy claims paid between 2013 and 2014 by a single Medicare Administrative Contractor (MAC), WPS. WPS is responsible for Medicare payments of Parts A and B claims in two jurisdictions, J5 and J8. For this report, the OIG chose to focus on one of them, J5, which includes Iowa, Kansas, Missouri, and Nebraska.

OIG FINDINGS, IN A NUTSHELL:
Of 120 HBO therapy outpatient claims totaling $438,210, only 18 of them were in accordance with Medicare requirements. The remaining 102 claims did not comply, resulting in overpayment of $300,789. Based on these findings, the OIG estimated that WPS overpaid J5 providers $42.6 million during the audit period.

BACKGROUND:
As an expert in this field for more than 20 years, I’ve seen outpatient wound and hyperbaric centers become an essential component of the wound care continuum. These programs minimize the impact of non-healing wounds and reduce the national amputation rate. The Amputee Coalition of America estimates that the amputee population in the U.S. will more than double by the year 2050, from 2 million to 3.6 million. We can bring those numbers down with proper treatment.

With the chronic wound prevalence rate exceeding that of heart failure, the need for wound care programs and hyperbaric oxygen therapy shows no sign of decreasing for several decades. The only thing that will decrease is the amount of money available to pay for these services.

Medicare continues to be the most common payor for outpatient wound centers. As an organization, they must find ways to reduce the growing cost of wound care, which is estimated to be as high as $35.8 billion in hospital outpatient facilities alone!

By increasing the scrutiny of advanced modalities such as hyperbaric medicine, the plan to reduce inappropriate payment and curtail non-compliant treatments is at the core of their cost containment strategy.

I remember when the October, 2000 OIG report, Hyperbaric Oxygen Therapy: Its Use and Appropriateness was released. One of the findings was that 32 percent of the claims paid in their sample were deemed inappropriate. Many of us in the industry were shocked to see such a high number. Jump forward to the current report issued by the OIG and you’ll see that the non-compliant claims have jumped over 50 percent!

If your hospital operates an outpatient wound center, if you manage a center, or if you’re a member of the wound care industry, you need to pay close attention to this report and the others I expect to see in the next several months focusing on the remaining MACs.

FIVE THINGS TO KEEP ON YOUR RADAR:
Here are 5 key takeaways taken directly from this report that cannot be ignored:

ONE: Another MAC Attack is underway!
“OIG is performing another audit of Medicare payments for HBO therapy services made by another MAC.”

In 2000, the OIG report focused on the entirety of the Medicare landscape. The 2018 report, however, is limited to only one MAC, WPS. By limiting the scope of their review, the OIG is able to identify specific financial liability paid out by that MAC, providing a more focused opportunity for recovery of projected overpayments. I feel that this approach also increases the likelihood that the targeted MAC will rapidly adopt many, if not all, of the OIG recommendations. In the 2018 report, the OIG points out (as stated above) that there is at least one additional MAC audit underway right now. Be prepared for an audit like this in your region - it may happen sooner than you think.

The treatment may be appropriate, however, if the documentation doesn't meet the stringent standards the local MAC requires for payment, you’re out of luck. The number one issue in chart audits of any kind is the documentation itself. If your facility is not on an electronic documentation system for outpatient wound care, or even worse, if it’s on both paper and electronic, you need to make changes immediately. It’s almost impossible to quickly get all the appropriate chart information together one or two years after the patient was last seen if the documentation resides in multiple places. If you’re working with a management company, they should be responsible for helping you meet all of the requirements of CMS and your local MAC. If your center is self-managed, get some help to ensure that all needed pieces exist in your system. If you’re working with a hospital-wide EMR such as Epic or Cerner, work closely with your build team to ensure that outpatient wound requirements are met.

THREE: For the record, who’s looking?
“Specifically, the records did not clearly support that the patient’s foot ulcer was due to diabetes.”

With your documentation under control, you need to think about who’s going to review it. The myriad of data points needed to provide appropriate documentation can lead to important missed information, resulting in a denied claim. Every center should have an internal Clinical Documentation Integrity system in place. A program director looking at a few charts every month is simply not good enough. If you are working with a management company, they should provide this type of service in some form as part of their agreement. If you are self-managed, then you need to implement a consistent review process to ensure that important pieces are not missed. Physicians need to be involved and buy in to the process, as well because their reimbursement is at stake.

FOUR: Beware of financial repercussions
“We recommend that WPS:

There it is! The OIG recommends that WPS allow the additional 208 providers not identified to review ALL documentation from that period of time and pay back CMS what they think was inappropriately paid - in addition to following up on the providers already identified.

WPS agreed to these recommendations. This puts many hospitals and physicians in a tough position. I would recommend putting a strategy in place now for the review of those charts or reaching out for assistance.

If you are working with a wound center management company, that organization may have some responsibility for any findings, depending on how your contract is written. At the very least, you should be able to expect personal assistance with reviews and help in responding to concerns.

FIVE: Moving forward...
“Overutilization is identified as a global concern affecting all MACs rather than an issue unique to WPS. For this reason, the service was referred to the Fraud Prevention System (FPS) contractor to develop automated edits for all MACs to utilize.”

Moving forward, you can be sure that there will be ongoing scrutiny of hyperbaric medicine. I believe a similar focus will be made on wound center utilization of Cellular Tissue Products, too. It’s more important now than ever to get your house in order from a documentation and compliance standpoint.

Specialized wound care and hyperbaric oxygen therapy are crucial treatments for millions of Americans every year. As active members of this industry, it’s our responsibility to ensure that these services are available for the next generation and beyond. In order to do that, we need to understand the requirements expected of us by CMS, and meet or exceed them.

Whether you’re an outpatient center working with a management company or self managed, if you’re having trouble keeping up with your documentation, get help sooner vs. later, before it turns into more than you can handle.

Hyperbaric Oxygen Therapy and Hypoglycemia in Patients with Diabetes