Skip to main content
Back to Blog
June 9, 2020 Diabetes

When Gordon Burkett, 62, first visited the Wound Healing Center at Clark Memorial Health in Jeffersonville, Indiana three years ago, he sought treatment for a wound on his left foot that would not heal after he scalded it in a hot shower. Like many diabetics, he had a loss of feeling in his lower limbs due to diabetic neuropathy and felt no pain. As the wound continued to fester, his family grew increasingly concerned and brought him in for an evaluation and he was treated successfully.

Last October, he re-injured the same foot by smashing his toes into a heavy dresser during the night. Several weeks later, the wound continued to worsen and he returned to the clinic. This time, he was diagnosed with osteomyelitis of the foot and his bones were badly infected. He needed to have three of his toes amputated immediately.

After surgery his wound care physician recommended a course of antibiotics as well as hyperbaric oxygen therapy, or HBOT, to help close the incisions and prevent further infection.

According to Sandra Seneshen, M.D., medical director of the Wound Healing Center at Clark Memorial Health, patients with diabetes who develop non-healing wounds are at significant risk of amputation and should seek evaluation immediately after noticing any wound on the legs or feet. According to the CDC, diabetes is the leading cause of non-traumatic lower limb amputations in the United States.

“We treat all kinds of wounds and some are very severe, and our clinic is the best place in the area to seek treatment,” she said. “Our wound care nurse provides an extra set of expert eyes and our documentation is very precise. We take photographs throughout the healing process and it makes a huge difference in terms of healing outcomes.”

“We also help our patients get the right supplies,” Seneshen said. “Patients often need to change dressings at home and we can give them exactly what they need right here.”

Tina Wolfe, RN and certified wound care nurse, said most patients who come into the wound center have poor circulation and blood flow from diabetes, and if they wait too long for treatment, a serious infection can develop.

“Many diabetics put things off because they don’t feel any pain,” she said. “Without regular foot checks, they may not even know it’s there. In Mr. Burkett’s case, his family saw how bad his wounds were and they brought him in.”

Burkett told the wound care team to do whatever they needed to do to save his foot.

“It’s amazing what diabetes can do to your body,” Burkett said. “I knew I was going to lose three toes and if I didn’t have the operation quickly I could lose my whole foot, or worse. I was determined not to let that happen.”

Burkett’s post-surgical treatment included 90-minute hyperbaric oxygen therapy (HBOT) sessions every day for eight weeks. During HBOT, the patient lays in a pressurized chamber with a technician nearby. Pure oxygen is given to oxygenate the blood and tissues in order to promote healing.

“When I went into the chamber for the first time I had popping in my ears, like flying in an airplane, so they provided ear tubes to relieve the pressure and it was fine,” Burkett said. “I’m doing well now. I changed my diet and I try to work out more often but it’s hard for a person with diabetic neuropathy to exercise. I can’t do treadmills but I can work on the upper body and upper body control.”

Nurse Wolfe said Burkett was quick to take charge of his health. He became an active participant in his own healing process.

“Once he realized what diabetes could do to him, he did his best to take care of himself and keep his blood sugar under control,” she said. “He did everything we asked him to do and came in for every appointment. He was a model patient.”

Did Burkett get bored in the chamber for so many days?

“Well, you do spend a lot of time in the chamber but you can sleep, listen to music or watch TV so it was fine,” he said. “The most important thing was getting rid of the infection and healing the wound. You don’t want gangrene to get you and it’s not going to heal by itself. I recommend hyperbaric oxygen therapy to anyone who needs it. The Clark Memorial wound center is just terrific. They took great care of me.”

Today Burkett, who ran a motorcycle dealership several years ago and remains passionate about them, works part-time at Harley Davidson in Jeffersonville.

“It’s an ideal job for me because the people are so unique and fun to be around,” he said. “I’m a parts & service associate, but I do a little bit of everything. I know everybody and everybody knows me. I’m a great door greeter, too.

You Are What You Eat: How Nutrition Can Aid in Healing Diabetic Foot Ulcers 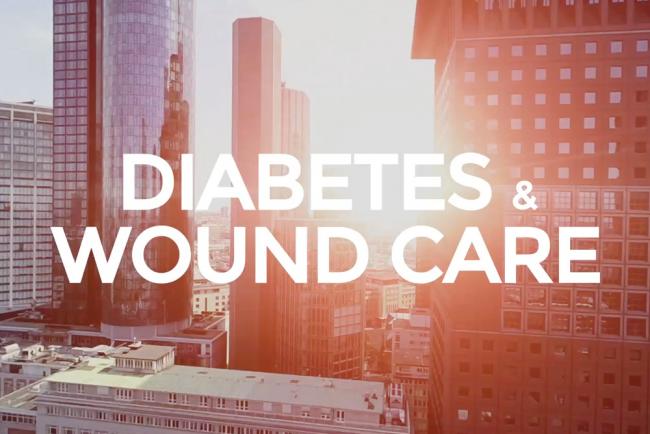