Skip to main content
Back to Blog
January 8, 2019 CEO Insights

For the second time in less than a year, on December 20th 2018, the OIG released the results of a Medicare Administrative Contractor (MAC) audit report on Hyperbaric Oxygen Therapy (HBOT) services. This time, the MAC was First Coast Service Options, Inc., which represents Region N (Florida, Puerto Rico, and U.S. Virgin Islands).

The OIG identified that out of 120 accounts sampled for treatments provided between 2013-2014, payments made by First Coast for HBOT did not comply with Medicare requirements for 92% of the sample, resulting in $351,970 in overpayments. Based on the results, they estimated there were over $39 million in HBOT overpayments for the sample year alone in this jurisdiction.

Why Florida, Puerto Rico, and the Virgin Islands?

They focused on First Coast because, of all MACs, it paid the second largest amount for HBOT services in 2013 and 2014. Wisconsin Physician Services, which paid the most, has already been audited by the OIG, with an estimated finding of over $42 million in overpayments.

Why Does It Matter?

Many hospitals in this MAC Region will have to repay a high amount of the HBOT reimbursements they received from Medicare - not only for that year, but for subsequent years as well, depending on their documentation.

OIG recommendations to First Coast include: (1) recover $351,970 in Medicare overpayments; (2) notify 70 providers with 46,737 non-sampled claims estimated at $39.3 million in overpayments so they can investigate and return any identified overpayments; (3) identify and recover any improper payments for HBOT services made after the audit period. This amounts to self-reporting to avoid triple-damages which could be assessed. First Coast accepted all three recommendations. If you are in Region N, expect to receive notification for self-review of HBOT claims at any time.

What To Do Now?

If your wound center is not already on electronic documentation, I implore you: get it done! It’s 2019! Even if your center is not in the impacted region, be prepared. Your region could be next. Identify how to find all documentation from January 2013 forward. This may involve pulling documentation from storage facilities. Determine if you are following documentation guidelines and NCD or LCD direction. Have your management company work with you to ensure compliance and reach out for additional help, if needed, from companies like ours.

Deja Vu All Over Again:

This is the second time in less than a year that the OIG has released a report on HBOT overpayment for a MAC. This pattern is very clear. We expect to see additional audits for HBOT following the same methodology.

Anticipate that OIG will continue to use this strategy to focus on other high-cost wound care treatments such as Cellular Tissue Products: skin substitutes, biologic products, amniotic products etc.

If your hospital has partnered with a management company, they have a responsibility to assist you with the process of audits and verification of documentation compliance. Based on your contract, they may even be responsible for more.

Know where to find supportive documentation for your hyperbaric treatments such as x-rays, bone scans, etc. Work with your medical records department to ensure complete charts are being provided for any requested audits. 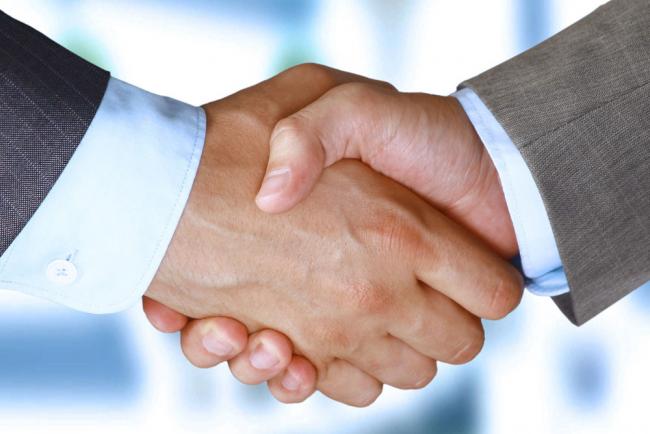 The Difference between Vendor and Partner...and the Significance of an Old-School Handshake