Skip to main content
Back to Blog
October 12, 2009 CEO Insights

A Patron Saint for Wound Care 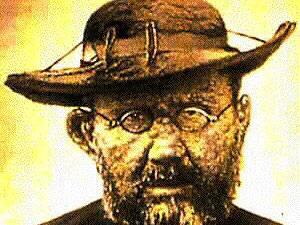 Over this past weekend, a true hero, a priest from the 1800’s was canonized, or identified as a saint, for his work with the victims of leprosy, now known as Hansen’s disease. The treatment of this disease was, in many ways, a precursor to the work we do in chronic wound care today.

In the late 1800’s leprosy had begun to take a devastating toll on the Hawaiian people and afraid that it would continue to spread, King Kamehameha V, quarantined the lepers from all of the Hawaiian islands to a settlement colony known as Kalaupapa on the north side of the island of Moloka‘i.

This settlement was at the bottom of massive cliffs, on a remote part of the island. It was thought that the diseased would not have the strength to make it back to civilization.

The sufferers of this horrible disease were left with little support from the government besides food shipments. Many were too sick to fend for themselves. Anticipating that anyone living among the sick would contract the disease and die as well, few were willing to assist the residents of this “Leper Colony”. In 1873, Father Damien entered Kalaupapa. He spent his first night sleeping under a Panduus tree. He immediately began to tend to the over 800 residents of this small remote village. He built a church and established the Parish of Saint Philomena. He helped build homes, dug graves, and tended to the wounds, ulcers and infections of the afflicted. Imagine a village where every member was suffering from intense, life threatening wounds, with no biologic products, silver dressings, hyperbaric oxygen therapy, or physicians available to debride the dead tissue. Father Damien served the members of the community until he contracted the disease himself, and died sixteen years after his arrival. He was buried under the same tree that he spent his first night at the settlement. Father Damien was 49.

Father Damien treated his patients the same way the professionals of our industry tend to the chronic wound patients we treat every day.

My wife and I had the honor of hiking down to Kalaupapa last December. About 25 residents still live there with permission from the government, even though the disease was “cured” decades ago.  You must have special permission to visit Kalaupapa, and children are not allowed. My wife and I were amazed at the sheer beauty of the cliffs and how difficult the hike was to enter Kalaupapa. Though it has an incredibly sad story to tell, this was one of the most beautiful places I have ever visited.

I feel that our industry may now have a patron saint, and regardless of your religious views or beliefs, I feel every member of our industry can find a hero and kindred spirit in Father Damien.